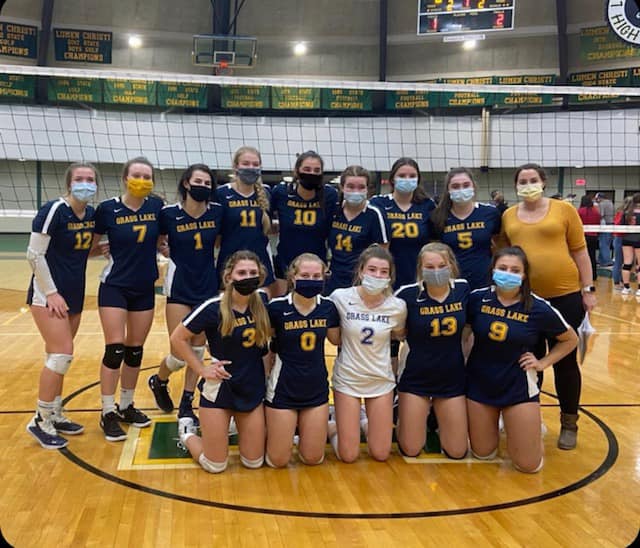 The Lady Warriors traveled to Lumen Christi for the district semi-final game against Michigan Center after receiving a first round bye. The team went into the night seeking redemption against The Cardinals after losing to them in conference play. The team started the night off a little groggy after having their at home virtual school day and not playing till 7:00pm. They dropped the first set (10-25). After playing their warm up set they were ready to go and battled the rest of the night to a tough Michigan Center team. The took the second, third, and fourth final sets (25-21, 25-22, 27-25). Center was strong defensively not letting us get many kills. Ruby Johnson led the team with six kills and Emily Taylor had five kills and two blocks. Amelia Hamlin put up 16 assists and was perfect at the service line going 19-19 with 13 points. Abby Buttigieg was almost perfect serving serving 18-19 with 11 points. Buttigieg led the team defensively not letting many balls get past her with 36 digs. Kendall Shankland followed with 23 digs and Amber Boomer snagged 21 digs and five kills. The team travels back to Lumen Christi to play for the District Title Saturday at 1:00pm against Springport.