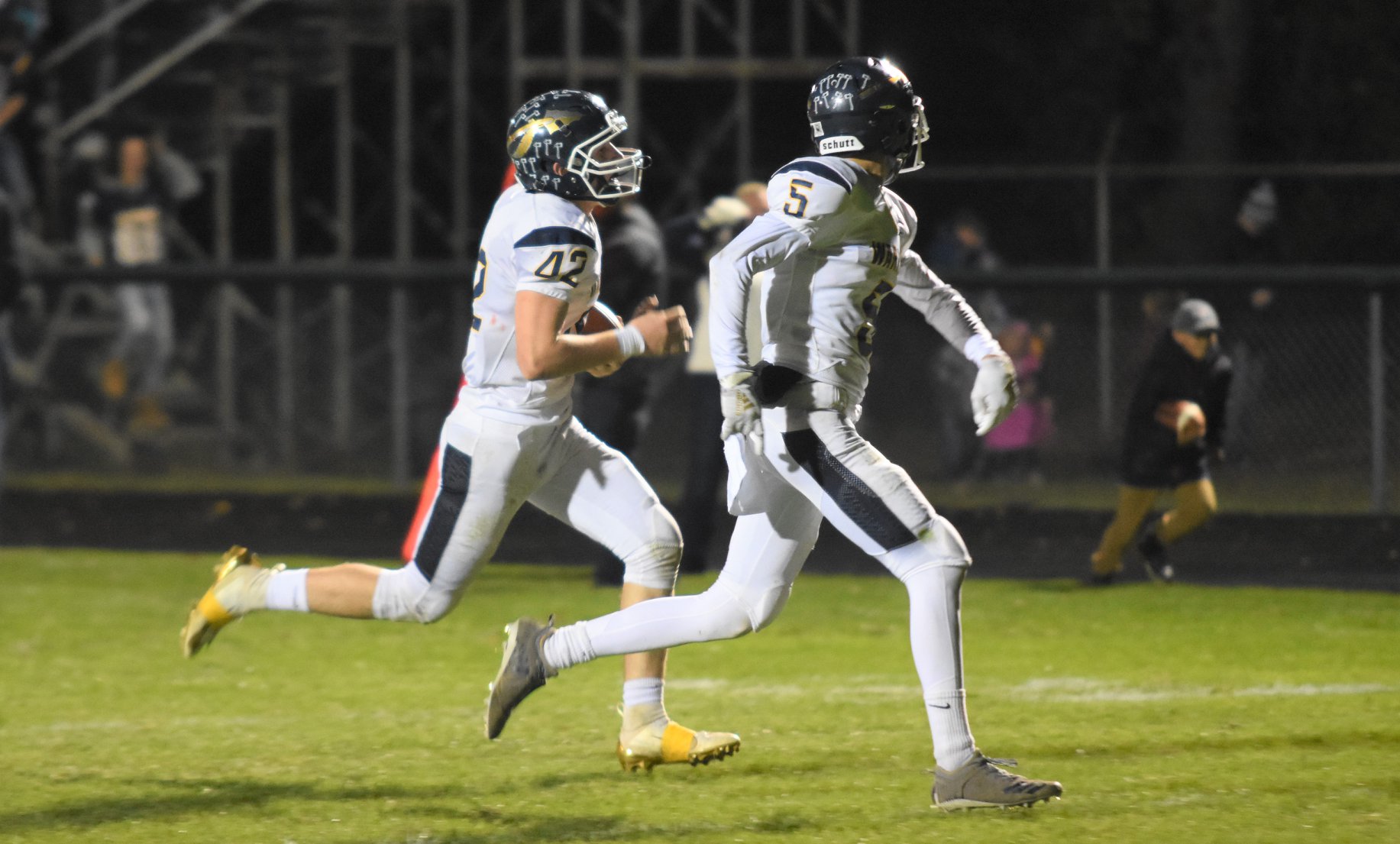 For the 14th time in the last 15 years, the Grass Lake football team is heading to the MHSAA playoffs.

The Warriors improved their record to 6-0 on the season after beating Napoleon 52-14 last Friday night in Napoleon.

The Warrior offensive line helped pave the way for 284 yards rushing led by Trenton Holden who ran for 174 yards and 3 touchdowns on the night. Shane Holcomb, Weston Kwiatek and Carson Farley added touchdowns on the ground as well. Through the air Farley threw for 220 yards and 1 touchdown, a first quarter strike to Josh Sherwood. Farley finished the night 13/20 passing, completing passes to 7 different receivers through the night. Winston Higgins led the Warriors with 3 catches and a 35 yards punt return for a touchdown, his second punt return touchdown in as many weeks.

The stingy Warrior Defense held the Pirates to 66 yards rushing on the night led by solid performances from Gage Lee and Evan Stucky both of whom tallied 10 tackles on the night. Lee, Holden, Isiah Simon, and Ryan Forman each sacked the Pirate quarterback while Gage Lee also tallied an interception to finish off an outstanding night on defense.

The Warriors travel to Addison Friday October, 11th to face the 5-1 Panthers. The winner of Friday’s game will clinch nothing less than a share of the Cascades Conference Championship.

See you at the game.

No Events This Week

Events are added by athletic staff.
View All Events